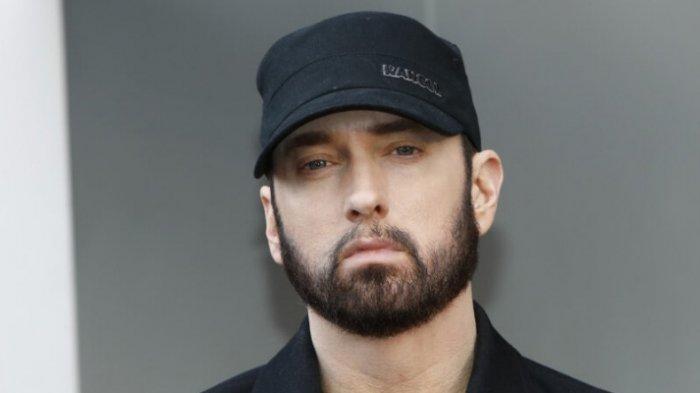 The Life Story of Eminem, Hip-hop Icon with Numerous Albums and Awards

Raper and producer Eminem (born Marshall Bruce Mathers III) is considered by Rolling Stone as one of the ‘King of Hip-hop’ with his two most successful albums, first is The Marshall Mathers LP and the second is  The Slim Shady LP. He is also one of the best-selling artists in music history with winning numerous awards, yet became one of the most controversial artists.

Born in St. Joseph, Missouri on October 17, 1972, the rapper spent his childhood moving frequently between Missouri and Detroit, Michigan due to his mother’s job. He never met his father who abandoned the family when he was still a baby. His mother was addicted to prescription drugs and raised him with violence. Eminem formerly attended Lincoln High School in Warren (1986 to 1989) and switched schools regularly. This made him having hard times while making friends and was targeted for bullying. He dropped out from school after failing 9th grade three times and began focusing on his rap career. At the age of 14, Eminem took the effort seriously, started performing in his friend’s basement. He made his stage name, ‘Eminem’ which came from the initial of his full name ‘Marshal Mathers’ (M&M).

It was not easy to enter the industry. He was rejected by the hip-hop community because he is white. The experience made him work hard, joining a rap battle in some clubs and began performing in radio shows. As time went by, his skills were recognized and got some offers to join groups. He ended up with D12, a group of rappers who was popular as a local artist. Despite his first album, Infinite (1996) sold poorly, he continued working hard in rap music. Eminem’s rap impressed the head of Aftermath Entertainment Dr. Dre, who later became his mentor and producer for his full-length album The Slim Shady LP in 1999 under the Interscope Records. He rose to fame with the single “My Name Is” which successfully sold million copies and earned Eminem four MTV Video Music Awards and two Grammy Awards.

It was followed by the sophomore, The Marshall Mathers LP (2000) featuring the controversial hits “Stan” and “The Real Slim Shady”. Soon, the album became the fastest-selling rap album in the US and was nominated with Grammy Award. In 2000, he launched his own label, Shady Records as the house of 50 Cent and other rappers. Eminem continued to dominate the music charts with his efforts. His solo album, The Eminem Show released in 2002 and was critically acclaimed, boosted by the hits “Sing for the Moment”, “Without Me”, and “Cleaning Out My Closet”. The rapper also received an Academy Award for Best Original Song with “Lose Yourself”, a theme song of 8 Mile. 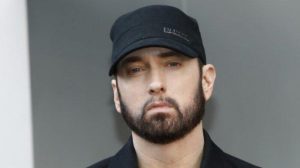 After struggling with drugs and alcohol addiction, Eminem came back to music with the popular song “Love the Way You Lie” in 2010. It made Eminem take home a Grammy Award for Best Rap Album. In 2020, he released Music to Be Murdered By as his 11th studio album which featured Juice Wrld, Ed Sheeran, and other artists. It successfully peaked on top of the Billboard charts.

His successful career also came with several controversies. Eminem expressed his emotion through his music which was based on his own struggles. For that reason, he is known for using explicit words, often considered homophobic, and sounded aggressive. The rapper’s relationship with Kimberley Anne Scott had always been turbulent; they remarried and divorced a couple of times. He also openly talked about his addiction to drugs and alcohol which made him overdosed and hospitalized. Nonetheless, Eminem has an estimated net worth of 170 million dollars, won numerous awards, and established a charitable organization The Marshall Mathers Foundation.