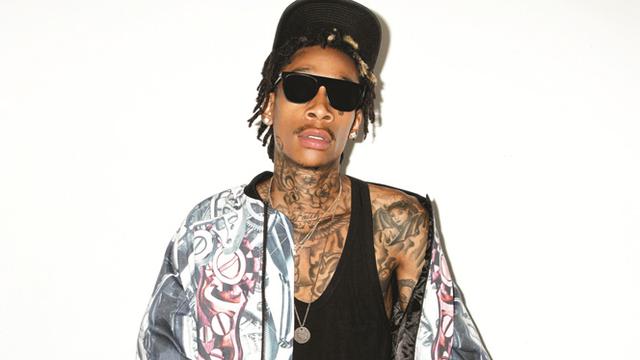 Wiz Khalifa was born in Minot, North Dakota, US on September 8, 1987 and spent his early childhood moving constantly due to his parents’ job in the military service. He was just three years old when his parents divorced and later he settled in Pittsburgh. Khalifa developed his musical talent at a very young age. When he was nine years-old, he already wrote and composed his own songs. Because of this, his name became popular in the neighborhood as a local artist. In 2006, he drew national attention with the mixtape Prince of the City: Welcome to Pistolvania and an independent full-length album Show and Prove. It was followed by his first single under Warner Bros. “Young’n on His Grind” and a rap single “Say Yeah” in the following year. The latter successfully debuted on the Top 20 of Billboard’s Hot Rap Tracks. He also issued another mixtapes titled Grow Season (2007) and also How Fly (2009) (feat. Curren$y).

After leaving Warner, Khalifa was featured as Top Ten Freshmen, appeared on the cover of XXL magazine, and listed as the Rookie of the Year by The Source. His name also entered the trending topic in Twitter after issued a mixtape Kush & Orange Juice. In 2010, he signed to Atlantic Records and made a major breakthrough with the mega hit “Black and Yellow” which reached the first position on Billboard Hot 100 chart. The success was followed with his set Rolling Papers (2011) that peaked at the number two on the Billboard Top 200 and sold 197,000 copies within the first week. 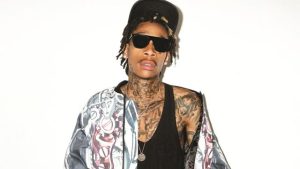 Khalifa made an appearance with Snoop Dogg in a comedy movie Mac and Devin Go to High School in 2012. In the same year, O.N.I.F.C. was released, featuring hit singles “Remember You” and “Word Hard, Play Hard”. He worked with great musicians for the album, like Pharrell Williams and Juicy J. He then embarked on his concert tour called Under the Influence of Music. Khalifa also premiered a collaboration with Maroon 5 in the single “Payphone”.

He issued a full-length album Blacc Hollywood with the hit “We Dem Boyz” in 2014. It featured some artists, including Nicki Minaj and Rick Ross. In 2015, he contributed to Furious 7’s soundtrack with Charlie Puth entitled “See You Again”. The single, which was a tribute to actor Paul Walker, successfully topped the music charts and was nominated for Grammy Awards. He then won the Choice R&B Hip Hop Song and Choice Song from a Movie or TV Show at the Teen Choice Awards.

Khalifa also sang to another movie soundtrack, such as “Sucker for Pain” from Suicide Squad in 2016 and “Gang Up” from The Fate of the Furious in 2017. He continued releasing mixtapes and collaborations. In 2020, the EP The Saga of Wiz Khalifa which featured Tyga, Quavo, and many more musicians.

However, behind his fame, Wiz Khalifa was arrested on drug-related charges. While he was on tour in 2010, marijuana was found in his tour bus. He has been very open about his spending on marijuana. In 2014, he was sponsored by the Cookie Company for his medical marijuana supplies.